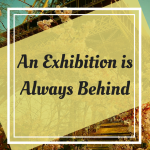 International Exhibitions or World’s Fairs exist from the 1800s until today. They are large exhibitions that allow host countries to showcase and promote their achievements and technological improvements worldwide. The special about them is that since their introduction, they are a starting point for a series of improvements in the host cities to attract and impress visitors. In many cases, some attractions/buildings that were constructed for a Worldwide Exhibition or World’s Expo were so impressive that they operate until today. You can find a few famous examples below.

But first, a short note to understand the way those Exhibitions work.

The most visited attraction in the world was created for the Exposition Universelle that was held in Paris in 1889. This fair was to celebrate the 100th anniversary of the French Revolution, and the tower was the arch through which visitors entered the fair. Gustave Eiffel, the person that designed the structure, had a 20-year permit for the tower. After that, the license was passed to the government that planned to demolish the tower. However, the destruction was suspended as the tower was vital for the communications. Meanwhile, the Eiffel Tower continued to attract visitors from all over the globe, and today it has about 7 million annual visitors.

Despite, the many years that have passed, the Tower is still the tallest building in Paris.

This extensive construction was created for the Brussels World’s Fair in 1958 or Expo 58. It was the first Exhibition of this kind under the registry of BIE and the first World Expo after the World War II. Hence its topic was “world peace and social and economic progress”. Atomium mirrors a unit cell (a small group of atoms) of an iron crystal. Each of the 18 spheres represents an atom of the iron crystal magnified by 165 billion times.

The Atomium is situated at the Expo’s original exhibition place.

Like many other cities, Barcelona housed a World’s Fair more than once. A fair was held there twice, in 1888 and 1929. Both of them were the driving force for a series of improvements in the city. What remains from the Barcelona Universal Exposition in 1888 is the Columbus Monument built in the lower end of La Rambla. Ciutadella Park is also a reminder of that exhibition as what can be seen today has the same design as almost 130 years ago. The most developments that can be seen until today originate from the Barcelona International Exposition in 1929. The most famous of them are Plaça d’Espanya and the Magic Fountain of Montjuïc.

The city faced many modernisations while preparing to host the Summer Olympic Games in 1992.

The Great Exhibition (one of the first International Exhibitions) was held in 1851 in London for 5.5 months. One of its organisers was Prince Albert, Queen’s Victoria husband and one of the aims of this exhibition was to demonstrate British superiority.

The relation of this Exhibition with South Kensington or Albertopolis as it was known back then is the following. Firstly, Crystal Palace, the building that housed The Great Exhibition was located in Hyde Park. Secondly, the exhibition was so successful that it made a profit of £186 000  – the equivalent of approximately £18 million today. This money was used to fund the construction of three museums: the Victoria & Albert Museum, the Natural History Museum and the Science Museum, and also the Imperial Institute (predecessor of the Imperial College) at the grounds that were bought for The Great Exhibition. Since then, the area is home to many cultural and educational institutions.

New York World’s Fair in 1964/5 was huge. It also had funfair rides, designed by Walt Disney and his company WED Enterprises. After the fair, Disney wanted to retain the rides at that place and create another thematic park on the East Coast. This idea was not adopted, and instead, the rides were moved to Disneyland in California. The famous rides are “It’s a small world”, “Great Moments with Mr Lincoln”, “Carousel of Progress” and “Ford’s Magic Skyway”. All of them are still present today in different forms (after updating them several times). The first two are the ones that remind most of their original version, with the “It’s a small world” attraction being replicated to all Disneyland Parks.

The Walt Disney World in Florida that opened in 1971 is said to be an implementation of the original idea of the East Coast resort. Indeed, the Epcot Center resembles a World’s Fair.

P.S. Thank you for reading this far. If you liked it, share it on social media or simply leave a comment for anything you want to mention! (What you did/didn’t like, any mistakes/typos, etc.) 🙂

A day trip to Stirling from Edinburgh

A day trip to Glasgow in Scotland from Edinburgh

A day trip to Roslin from Edinburgh